GreshDigiGames Wiki
Register
Don't have an account?
Sign In
Advertisement
in: 2017, Pay-Per-Views, WWE King of the Ring,
and 3 more

WWE King of the Ring

King of the Ring Results

It was a match of twists and turns but would you expect anything different in a Gauntlet Match?

After having the world bet against him to even make it past the first round, Karl Anderson entered San Juan with a chip on his shoulder but Luke Harper had an even bigger one and only one these men advanced to the finals

In his first PPV match back as Cruiserweight Champion, Neville pulled out all the stops to survive with his title but Hideo Itami was not going down without a fight.

It was a rivalry renewed as "The Monster Among Men" battled "The Big Dog" with that pivotal final spot in the finals on the line and it came down to sheer guts, determination and who wants it more.

If you didn't believe in Seth Rollins before, you should after "The Kingslayer" (less than 100%) gutted it out in a Triple Threat Match that nearly saw him lose the title but he preserved his passion to survive but what followed sent shock-waves throughout Smackdown Live.

It was nothing but pure destruction when the Authors of Pain challenged for the RAW Tag Team Championship and it took The Revival a mere minutes to realize that they may have bitten off way more than they can chew.

It was a unique match-up for the WWE Championship, two masters of mind games laid it all out there to walk away with the richest prize on RAW but a dark and confusing twist changed the outcome.

It came down to two former allies as "The Monster" battled "The Deranged" in the Finals of the King of the Ring Tournament with only one man heading to Summerslam.

It has come down to this, one man wants to solidify his dominance on Smackdown Live while the other man embraces his "demons" to further his thirst for vengeance, but a shocking betrayal has changed everything.

The night full of twists and turns wasted little time in shocking us all as a "Bruiserweight" showed his true colors.

Who would've imagined that all of this came about when one man lacked respect for the other behind closed doors?.

Who will leave King of the Ring with the World Heavyweight Championship? 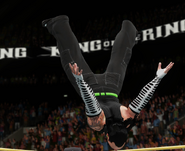 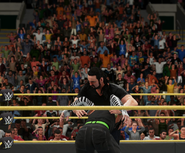 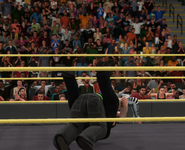 Paul Ellering makes his first appearance with the Authors of Pain on the main roster.